Laura Minor was a finalist for the National Poetry Series and is the author of the audio-only chapbook “Frolicking in the Land of Slaughter” (EAT Poems, 2018). She won the I.L.A.’s Rita Dove Poetry Award (chosen by Marilyn Nelson), the Sassaman Graduate Creative Writing Award, and the Emerging Writers Spotlight Award (chosen by poet D.A. Powell). Her poetry is forthcoming or has most recently appeared in Ploughshares, North American Review, The Missouri Review, The Normal School, South Carolina Review, Quiddity International Literary Journal, Arc Poetry Magazine, Hobart, and the 2021 New Rivers Press anthology, “Wild Gods: The Ecstatic In Contemporary Poetry and Prose.” She was a Teachers College Fellow at Columbia University and was chosen by Denise Duhamel for a Sarah Lawrence Poetry Award. 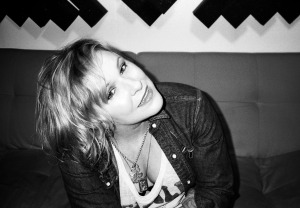 She is also the recipient of nominations for the 2018 Pushcart Prize, Best New Poets 2018, and FSU’s poetry nominations for AWP’s Intro Journals Project 2018. As a Ph.D. candidate, she was named in the 2018 article, “10 Acclaimed FSU English Professors that Will Inspire You” by collegemagazine.com.”

Also a singer-songwriter, she is currently working on a new record while she finishes her second collection of poems. More news to come!

PUBLISHER’S WEEKLY REVIEW!
“This is the magnificent story of ruining things, weeping bottles, flying tuna-fish sandwiches,” writes Minor in her panoramic debut that explores setting (mostly Florida), relationships with men and women, illness, friendship, depression, and suicidal ideation. Its dedication “to women everywhere who refuse to give up their dreams” signals the collection’s interest in resilience, a theme that’s powerfully captured in the final poem, “Manifesto for the New World”: “For women who fall down in the dark and lift with dawn/ For children biting their lips in war’s opened cage… I am your water, your bandaged healer.” There are striking images throughout, such as when Minor observes, in “To Be Alone Is a Gift”: “the blue sky has always been the online stuff of birds.” In other moments, a habit of describing emotional experiences with military metaphors (land mines and advancing tanks, among others) feels slightly too familiar. Some of the best poems draw from allusions to cultural figures, such as Jeff Buckley or Esther Williams, and a particularly strong elegy inspired by the punk rock band Rites of Spring, “For Want of You,” finds the rush of that “luminous scholarship of the stars.” Readers will enjoy Minor’s fierce, unabashed voice.” (Dec.)

send us a message

Previous Next
Close
Test Caption
Test Description goes like this